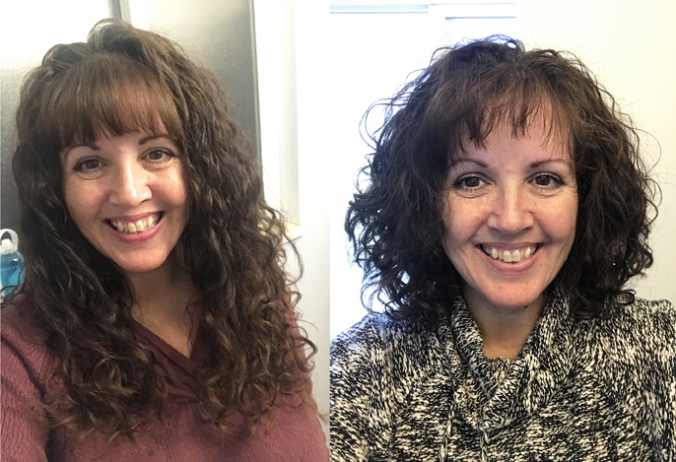 There have been so many things flying around in my head as we move into 2018.

1. Biblically, the number seven represents completion. The number eight represents new beginnings. In many ways, I feel like 2018 is going to be different. During 2017 there were a number of small shifts in my life and I think they’ll impact my 2018.

One big shift that I am really enjoying is that I’ve been able to spend more time just being creative. Not always to a specific end, just creating. Some art journaling, a bit of mixed media, some fun memory keeping and journaling in my traveler’s notebooks, and hand lettering, to name a few. Of course, spending less time on social media has definitely contributed to this. As does having a cleaner room/studio/space. I never really know what to call this room. I do all the things in here. In fact, some days I pretty much live there, minus a few trips to the kitchen and bathroom. 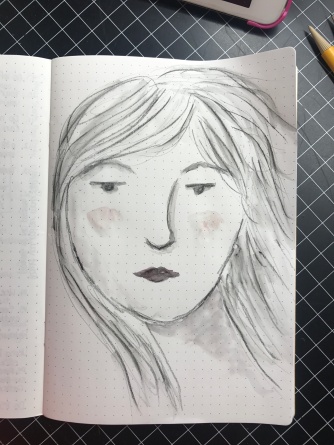 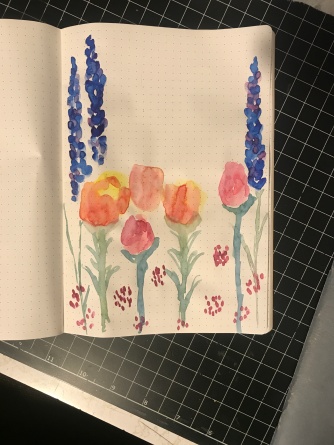 2. I can’t say that I’ve been sad or in a bad place starting other years, but I think I’ve always felt like I’d made no progress in the previous year; that I was in the exact same place. It probably wasn’t always true, but as humans we’re so prone to notice the negative. This year, however, I’m much more hopeful and excited to see what God has in store.

I don’t like to set New Year’s resolutions as they’re usually just a big guilt-inducing bust. But I did buy Power Sheets for the 2016 year and only ended up doing the prep work. So I picked them back up in October and since not much had really changed in terms of goals and desires, I’m going with what I have along with a little tweaking.

3. In recent years, I’ve picked a word (or words) for the year. This year my word is Flourish and it’s turning up everywhere – in Scriptures, on my Starbucks cup ornament (long before I chose the word), and other places. Just one of many ways I see God’s Spirit weaving little details of my life together.

4. We finished 2017 with our house in better shape than it’s been probably since we moved in. We’ve gotten rid of a lot of things and there’s more to go, but it’s really great to have some breathing room at home. We also were able to get a few bills paid off and others paid down, so financially we’re in a better place. Neither the house nor the finances are completely where we’d like, but both got a boost, which further motivates me to keep pressing on to more progress.

5. I signed up for Cathy Zielske’s FIT 2018. While I didn’t accomplish a lot last year, the one thing that did change is that I actually drink water now. Not always as much as I should, but I do drink it regularly. For a girl whose veins flowed Dr Pepper for many years, that’s huge. No, the Dr Pepper isn’t gone, but it’s decreased quite a bit. So let’s see what I can accomplish this year.

Overall, I just feel more hopeful, purposeful, and motivated about the new year than I have in the past. It’s an exciting place to be.

In December I signed up for Cathy Zielske’s FIT 2017 class. I would say “again” but the last time I signed up, it was for 2016. Yeah, details. In typical Dianne fashion, I pretty much fell off the proverbial wagon about a week or two. Oh, I’d think about tracking that wagon down every so often, but not for long.

So I really debated about even trying again. Would this year be any different? Did I have any chance of actually sticking with it? I guess that remains to be seen, but I have noticed a small shift in my thinking this time. For one thing, I’m all about the baby steps. That’s a big change for me. I’m usually an all-or-nothing kind of gal. Which lasts for an extremely short period of time since once I’ve slipped up, I’ve missed the goal of ALL. 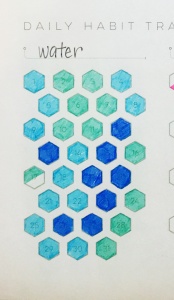 It started with water intake, which I’ve already written about here. It’s still going well. I’m fairly consistent in drinking 8-16 ounces first thing out in the morning, which helps a lot.

I also began walking, usually with one of the boys, but sometimes by myself. It helps that Colorado has had some unseasonably warm temps this year. After the first walk in January, I knew I really wanted another Fitbit since my Zip had died last year. So I picked up an Alta and that’s helping to increase my daily steps, especially since it’s kind enough to remind you if you haven’t met your hourly goals. I find myself walking circles in the house sometimes just to get those steps in. 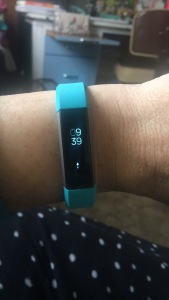 One more area I’m often not good with is sleep. Fortunately, the Alta tracks that, too, I’m doing a little better there, too, as far as getting enough sleep. Now I just need to go to sleep a bit earlier.

I just seem to have a small shift in my perspective. Making changes feels like it’s less of a big deal, but more of a matter-of-fact, just do what I need to do. Drink more water. Walk a few more steps. Whatever.

Even though a very small shift may seem unnoticeable in the beginning, after awhile you’ll find that you’ve actually made a significant course change. My overarching goal for all of these changes is to just keep at it. Even when I stumble, fall, or completely bail, just get back to it as soon as I can and be merciful and kind to myself.

I’m hopeful that small shifts in perspective will result in some eventual big changes.

I called it Part 1, because I’m anticipating a part 2.

Last month, Creative Live had a sale on their video classes and I kept Yoga for Photographers open in a tab for weeks. I thought it might be a good place to get started with something to stretch my body and improve my flexibility. The last day of the sale, I finally bought it. 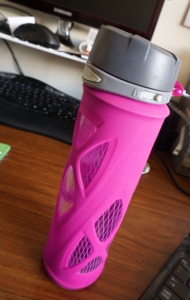 Today, I finally downloaded it and got cracking. Fortunately, I sleep in clothes which are conducive to yoga, so I didn’t even have to change. Talk about lazy. It was later in the morning than I’d hoped to do it, and yes, I had other things I should do, but I knew I needed this. Especially after shooting a volleyball tournament on Sunday and being reminded of how inflexible my body really is. I don’t want to go through another season being so stiff and sore.

The first class is an hour long – although she does talk a little bit in the beginning. I made it about half way through before getting kind of lightheaded. Sometimes when I’m up and down or bending over and standing up or other such movements, I get a bit woozy. Since the two things she emphasized were 1) listening to your body and 2) breathing, I decided that lightheaded and woozy was my body’s way of saying it was time to stop now. But that’s okay. I did it. I got started. I’m a long ways from getting well into some of these poses, but I don’t care. I still started.

The really cool thing? I actually feel more energized – even after a short first yoga session. I think the blood and oxygen flow in my body is better and I don’t feel all sluggish (like I often do!). Kind of exciting, really. I also notice my breathing, just in everyday life. So I’m working on breathing better. That’s an area I definitely need help in, as I’ve noticed that I have rather shallow, through-the-mouth breathing, which I really don’t like. Hopefully, this will help that, too.

That’s a mouth full – Move More Eat Well Jumpstart. Or MMEW, as I shall call it henceforth. Forthwith.

I’m quite hesitant to join anything new these days. It seems my commitment and discipline muscles have atrophied significantly in recent years. With this knowledge, I predetermine that I will quit or fail, so it’s really not worth the effort of signing up, joining, trying, or whatever, as it will be yet one more guilt-inducing project, plan, club, group, or whatever.

But if I continue to live my life that way, I will go nowhere. Except down a slippery slope of self-loathing. Which I really don’t need.

The other thing I’ve learned about myself is that when I DO join something, I keep it to myself. I no longer share, I don’t have any accountability, so that when I quit/fail/etc., no one else will know. In fact, maybe it never really happened in the first place, right? Yeah, not so much. Somewhere in my teflon-coated colander brain, I know. And try as I might to ignore that, it’s still there, gnawing at me and leading to the slipper slope of self-loathing. What a vicious, ugly cycle it all is.

So here is my “throw my hat into the ring, admit that I’ve signed up for something to help myself, and that I really want to make changes in my life” post. Now I just have to let people know that this blog exists. Bwahahahaha!!! (It’s another one of those “keep it to myself” deals. Clearly, I have issues.)

Time to choose better and stop letting my life slide away while following the path of least resistance.