You know the type? Things are very far from how you thought they might be. Nothing catastrophic or awful, just way off-track.

After I dropped Zach off at work, I called the doctor to get an appointment for him, because he’s had some odd breathing issues. He says it feels like the air is too thick and he can’t inhale enough or exhale completely. It’s happened a couple of times during the past month and was kind of bad yesterday. They were able to get him in quickly – 9:15. So I had a little time to kill. Fortunately, I was prepared with the book I’m currently reading (M.C. Beaton’s The Quiche of Death) and my car is quite comfortable, so I hung out and read for half an hour.

Got him to the doctor’s and back to work and then I headed to the grocery store to pick up his prescriptions (inhalers – his lungs are a bit irritated). I should have been prepared. Every single time I go to the pharmacy, the prescriptions aren’t ready. It doesn’t matter if they were sent over an hour earlier or five. Sure enough, they weren’t filled. It would be about 30 minutes, she said. Fine. I wander around and pick up a few things we need. That only occupied 15 minutes. So I parked in the shade and read some more of my book.

I headed back in, and no, it’s not been filled. She asks if I have an insurance card. No, we don’t have insurance. She comments on the very high price of the prescriptions. The first is $57. Yes, I knew that was about what it would be. The second, more important inhaler, is $202. Oh joy. At first I tell her to fill them anyway. Then I told her to hold off. I called the doctor’s office and had it sent over to Costco. That will save us something.

I finally arrive at home nearly four hours after leaving this morning. Sigh. I had almost nothing planned besides being at home and getting things done. So in the name of productivity, I popped a pizza in the oven for lunch, read my book while eating, and then played Mario Kart with my oldest son. If you’re going to blow your day, go all the way, right? 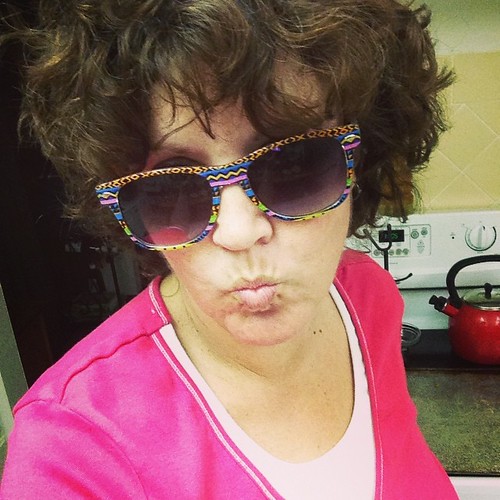 On a very happy note, I had a massage in the afternoon, so after a time, I was off again. When I was done there and incredibly relaxed, I realized that the errands I still had to do (pick up prescriptions at Costco, pick up son at his job, stop by Barnes & Noble) were all wonky, as was the time in which to do them. They were scattered far and wide across our fair city. So I went to B&N for a bit and then picked up Zach. We headed up the road to get his prescription, with a stop at Sonic for some cold beverage goodness, as we were both quite thirsty. This took longer than necessary, courtesy of the ugly, messy traffic.

At last, we make it to Costco. This should be easy, right? Zip in, get the rx, pay for it, and leave. Yeah, not so much. It seems that they’ve received the prescription (late this morning, it’s now after 5:30), however, it hasn’t been filled. I need to go talk to someone else. Becca. To the other end to chat with Becca. She and her coworker are quite busy, though (apparently they were short-handed that morning), so I just stand there for a little while until she can break free. The other tech says it’s because he’s a new patient there, so she pulls out his rx, the two inhalers, and some papers, and tosses them in a basket for Becca. I fill out the appropriate form for her and she gives me the scoop on how much this is going to cost. A lot, but less than the grocery store. I tell her that’s fine and assume that I can now sign and pay for them and leave.

Silly me. Now they’ll actually fill it (the inhalers are IN the basket) and it should only take about 20 more minutes.

I’m supposed to be leaving my house in 20 minutes and I haven’t even made it home yet. This is not looking so good. So Zach and I sit on a bench and I read more of my book. It’s my first Agatha Raisin novel and I think I’m beginning to enjoy it. We’ll see.

I did feel the need to apologize to Becca, as I came across a bit flustered when she told me it would only be about another 20 minutes. She was gracious, forgiving me, and letting me know that it appeared the prescriptions were filled. Yippee.

Back to the “Pick Up Prescriptions Here” line to wait behind a couple of other people.

Tick. Tock. Tick. Tock. Not so sure I’ll make it to the service tonight.

At last. Our turn. Show the Costco card, sign the screen thingy, pay with the debit card, get the meds, and leave. Of course not. It couldn’t possibly be that easy or quick. It seems that a pharmacist would like to consult with Zach about his meds. Okay, fine.

Over to yet another window to wait for yet another turn. The very nice lady gave us the scoop and at last, we were free to leave. With filled prescriptions!

By the time we got home and I got my stuff ready, I would’ve been at least half an hour late for the Wednesday night service. Sooooo…I guess not. Looks like I’m staying home after all.