A couple weeks ago, I stopped at a local park to take a few pictures and just wander around the pond area. It’s funny how you can not notice things, even though you’ve seen them numerous times. For whatever reason, I was quite aware of this No Fishing sign that day. I wondered about it, because I didn’t recall having ever seen fish in the pond in the first place. 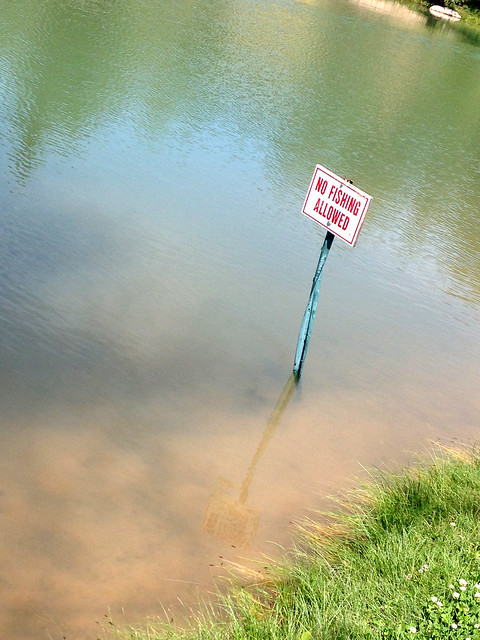 A nearby rock beckoned me to sit. I enjoyed the view, breathing in fresh air, and taking a moment to quiet myself. Life had been so busy and crazy for the previous couple of months. It was a nice respite. 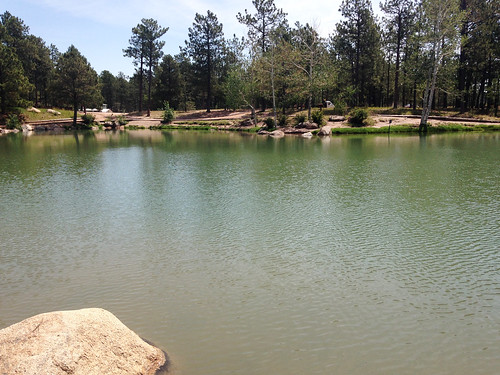 I glanced down and realized that there really were fish in the pond. Little, tiny fish. They’re not really visible until you stop moving around and just sit quietly. I moved just a little and they all darted away. So I sat still again and they returned. It reminded me of God. Oftentimes, I go through my day, not really thinking about Him or having any awareness of His presence. Yet when I slow down, sit still, and just BE, there He is. Loud announcements and neon banners aren’t His thing. He’s found in the stillness and the quiet. 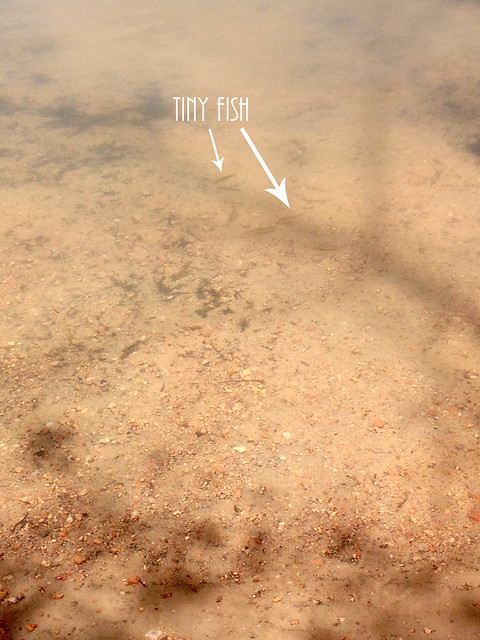 In the midst of life – crazy, boring, busy, or mundane – I have to remember that He’s never the one to leave or not think about me. It’s me who needs to be still and listen for His still small voice. 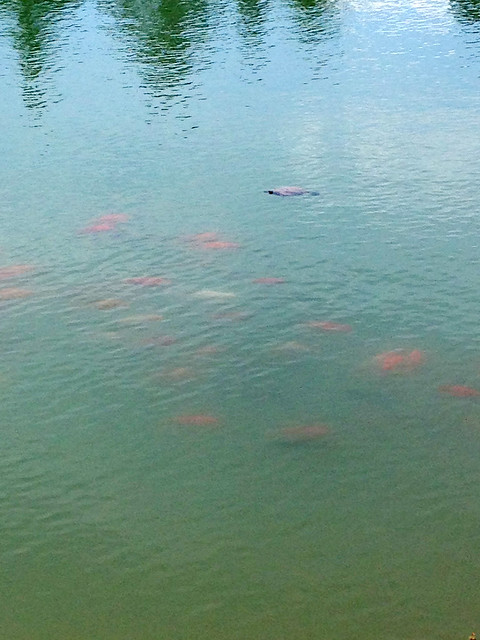 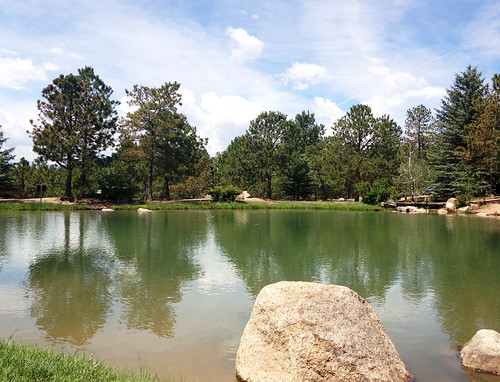