Today is a celebration of life. One well-lived for over 69 years and another to begin within the next 8 weeks.

My Aunt Fay left her broken, failing, physical body just over a month ago. My mom and I were there when she breathed her last. Along with nearly 20 other family members and very close friends – although with Fay, everyone was really her family – crammed into a hospital room in Modesto. Fay was my dad’s youngest sister. Their middle sister passed away over 40 years ago. 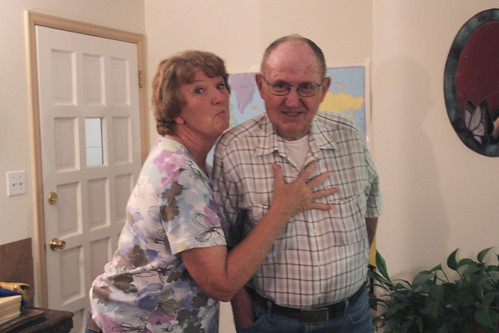 People were encouraged to share a story at Fay’s Celebration of Life Service today. Even for those of us who couldn’t attend, we were welcome to send stories to be shared. She was my aunt for 52 years, and I know there are a lot of wonderful and humorous stories, though I couldn’t think of anything specific. Instead, I wrote this:

I’ve been trying to come up with a story, but nothing really jumps out. However, as I began to think about the way Aunt Fay lived her life, I realized that the word LOVE encompassed everything for her. She loved her family and friends. She loved the Lord. She loved life. She was a busy woman and she probably did as much as three of me in a day. But all of her activity, all of her busyness was because of love – for someone. I doubt that there’s anyone who knew Fay who wasn’t a recipient of her tremendous love.

It’s one word that could summarize her life. Second to that would probably be fun. Life was always fun with Aunt Fay around. She lit up the room just by being there. She welcomed EVERYONE into her life and home. I cannot even begin to imagine the incredible number of people she impacted. 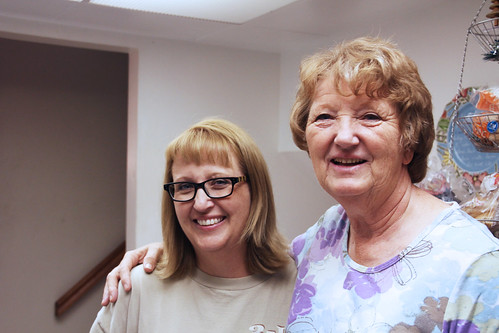 Mom and I drove to California the first wek of June to see Aunt Fay, as her condition had worsened and no one knew how long she’d be here. On the first day out, we got as far as Salt Lake City and slept for a few hours in a Microtel near the airport. The next morning, we sat beneath a TV broadcasting the latest news, at the only available table in the tiny lobby, enjoying our free breakfast with nearly two dozen Asian travelers who all seemed to know each other. As I sipped my orange juice, it occurred to me that Aunt Fay was the glue in our family. She’s the one who was always connected to everyone, always knew what was going on in the lives of the extended family, as well as where they lived. She held us all together. She planned the trips and even the two family reunions we had over 20 years ago.

“I’ll bet a lot of people don’t even know Fay’s been in the hospital,” I mentioned to Mom. After all, Fay would’ve been the one to let people know that someone was ill and had never returned home after going to the hospital nearly eight months earlier, as she had. That was a rather sobering thought. The last time we saw Fay (July 2013), she was as active as ever. Who could’ve imagined that in less than a year, she’d be gone? 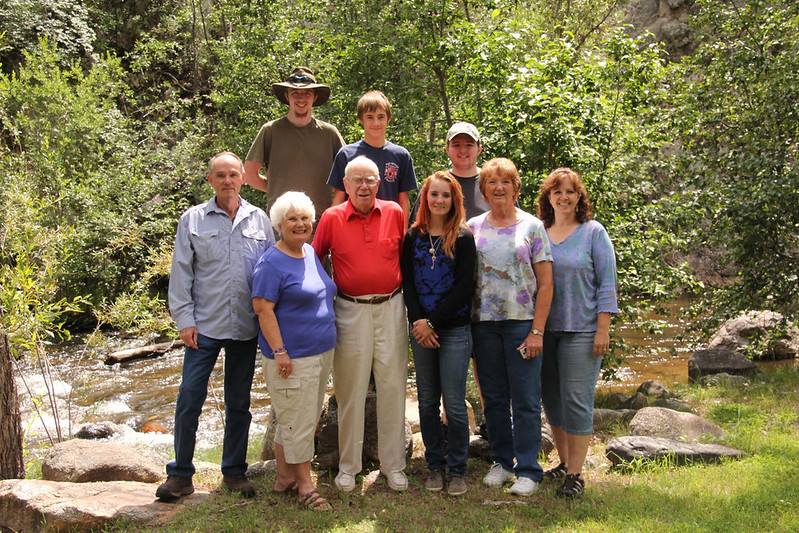 Fay’s next to me, second from the right

Our family isn’t all that large, but there are some cousins of my dad’s and Fay’s, as well as a great uncle (we visited him last year when Fay came out to Colorado; he’s in the red), who probably had no idea she was sick. We made a call to one of the cousins and his wife as we got back on the road to head west and they were going to contact whoever else they could.

It is so strange to realize that our family glue is gone. She has all the old photos, all the genealogy information, knows the stories and shares them with people. I am grateful, however, that during a couple of her visits here, I made copies of a lot of pictures, wrote down the stories and information we had time for me to write, and last year, transcribed ten cassette tapes’ worth of conversation she had with her and dad’s Uncle Howard, back while he was still alive. I enjoy genealogy and plan to pick up the baton and continue the family history as best I can. I think she always expected that I would. I hope I do her justice in this.

This afternoon, we attended a baby shower for a dear family friend, Nikki and her husband Mike. I photographed their wedding two and a half years ago. It was gorgeous! Nikki has been a part of John’s family for pretty much her entire life. 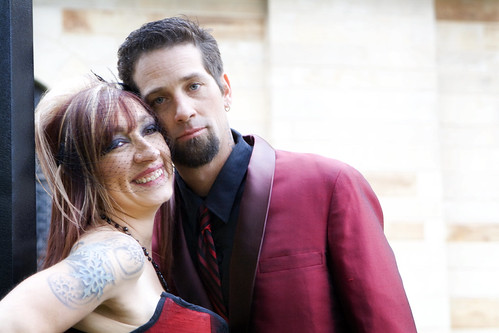 Diane, her mom, was a single mother and John’s mom took them in (she and Fay are a lot alike in that way – helping people out). John’s sisters babysat for Nikki and his family helped the two of them out as Diane worked to get on her feet. I’m so excited for them and this beautiful baby girl we’re all awaiting. It will be fun to see her as a newborn, watch her (via social media most likely) learn to crawl, toddle, walk, and grow up. I’m sure she’ll be a wonderful blessing for Nikki, Mike, and Diane. 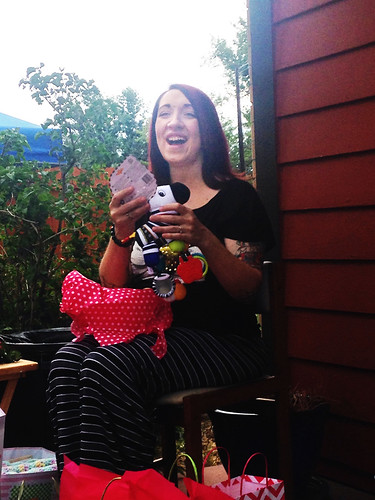 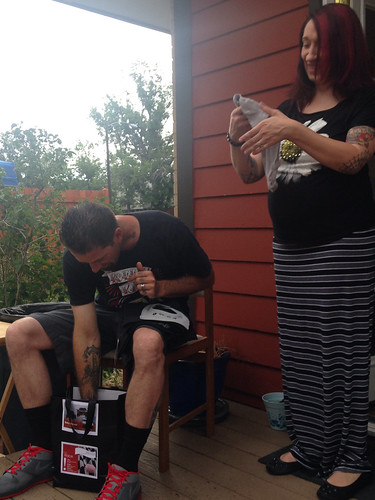 I have no real profound thoughts with which to wrap this up. I just found the juxtaposition of life celebrations worth pondering.

While I can’t say I developed my love of photography from Fay, it’s interesting that she’s the one who always took the family snapshots, especially when the six of us cousins were together. It would seem that I’m carrying that on, as well.